A couple of months ago, I found myself unable to stop watching RedLightRacingUK - a livestream on TikTok.

When I first joined the stream, I was lost.

But it quickly became clear what was happening. Crossroads, with two traffic lights visible. First car to make it past the second dotted line wins. Running commentary by the streamer sets the scene, while the audience jokes, bets and plays along in the chat. With about 1600 other people, I was fixated by these ‘races’. The concept was easy to pick up and hard to put down.

It’s not the first time a livestream has elevated the mundane into a sport. Back in 2016, a puddle in Newcastle became an internet sensation on Periscope. At its peak, around 20,000 viewers tuned in to watch how people would attempt to cross an unusually large puddle.

More recently, a Twitch stream of a stop sign in the US experienced a similar rise to fame. Most drivers passing through failed to stop at the sign, and excitement built as audiences began to guess what the next driver would do. In its original format, it ran 24/7 and, at its best, had over 500,000 viewers.

Partly because they become a meme. People can easily catch onto the perspective of the streamer and play along. Like sports fans, these audiences develop their own language with inside jokes. For example, the chat on ‘StopSignCam’ has a word for people who slow down, but don’t fully stop at the sign - ‘rollers’. Or ‘zoomers’ who drive straight through without stopping.

Exactly! There’s a kind of satisfaction that comes with understanding the joke. During #DrummondPuddleWatch, a puddle was transformed into a gameshow, seen exclusively by those who had happened to chance across it online. If you were one of them, you were initiated into a select community of thousands of people streaming it in real time. Watching something collectively, live, can change our perception and give new meaning to the most uninteresting things.

Watching people that don’t know they’re on camera, as the person streaming Red Light Racing UK mentioned, is ‘competitive voyeurism’. So here, when fans appear on-camera and break the fourth wall, they become a performer. Whether that’s dressed as a wizard with a broom, floating in on a lilo (lilo pov) or pole dancing with a stop sign.

Knowing that these are real spaces, not artificially curated and not shut behind the doors of a studio, creates opportunities for public engagement that would otherwise not exist. 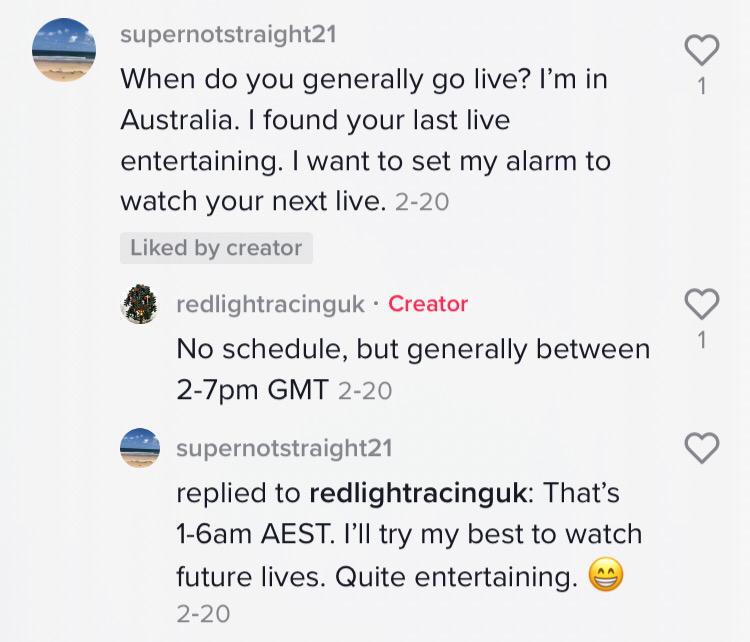 Pre-recorded videos on RedLightRacingUK’s page aren’t as fun to watch as their lives. A thumbnail frames the video with a title before you even start watching it. The narrative is already finalised. Although the content is the same, the format removes the surprise, intrigue and most importantly, the live audience.

From a creative perspective, the most exciting part is trying to figure out what to do with this information.

Is it possible to create a livestream meme?

Or is it an art form that should be left to emerge organically from the internet?

I think livestream memes aren’t necessarily something that you find, rather than manufacture. So then the question becomes, what can we look out for? A narrative that gives something mundane new meaning.

Like almost all memes, these seem to be passing moments, rather than permanent fixtures. Even as I’m writing, the novelty and charm of these livestream memes seem to have passed.

They’ve become those ‘you had to be there’ moments on the internet that are ingrained in our collective memory. Like when I told Tim I wanted to write this and he instantly remembered the day, 6 years ago, when a puddle was the biggest thing on the internet.

Though streaming platforms come and go, I’m convinced that the livestream meme will return.

While we wait, check out George’s blog post about Going Live and don't be afraid to hit us up with any questions about developing a livestream of your own. 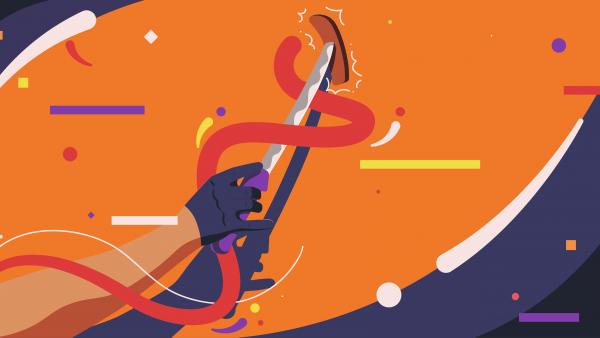 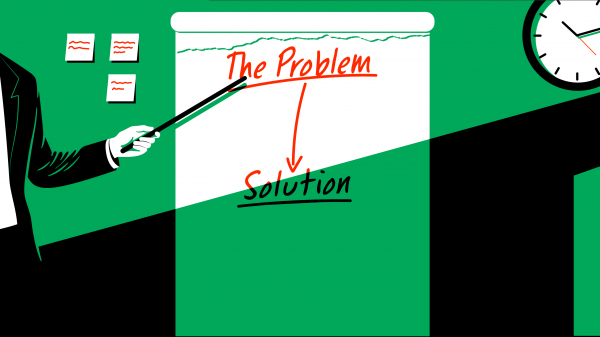